Huawei P40 and P40 Pro: when it comes out and how it will be the new top of the range of the Chinese giant, from the camera to the main features up to the release and prices. Everything you need to know. 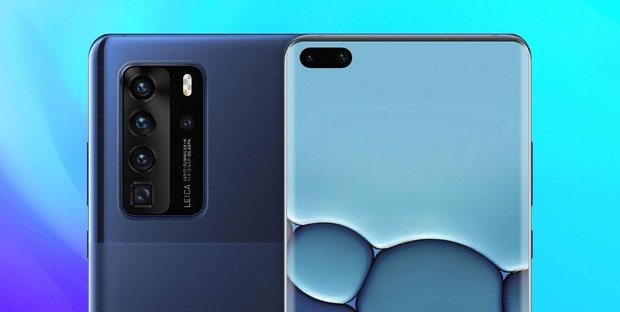 Huawei P40 and P40 Pro are about to arrive: the release of the new top-of-the-range smartphones of the Chinese giant is upon us and many look to the next models for superior features, starting with the camera (always one of Huawei’s strengths ) up to the competitive price ready to challenge rivals Apple and Samsung.

Huawei P40 and P40 Pro, to which the P40 Lite or P40 PE model should approach, is the new top of the range of the Shenzen company whose release, despite the problems between the Android ban and the Coronavirus (which has destabilized the markets ) should be expected for the market from March 2020.

Many cameras, next to a new design and specifications ready to guide the new line of the top of the range Huawei 2020. Here’s what you need to know.

The rumored models would actually be three, but there is still no confirmation on this. Huawei this year could renew the range of smartphones, coming out close to Samsung Galaxy S20, reviewing its main triptych in P40, P40 Pro and a mysterious P40 PE (which would act as a real top of the range).

According to the leaked information, based on alleged video hands on and unofficial renderings, the next Huawei smartphones should raise the bar aiming at screens greater than 6.5 inches without notch and with a hole used for the front camera, a frame rate up to 90 Hz is a design that will make rounded edges its password.

The curvature of the screen should in fact extend over all four edges, giving the devices a unique appearance compared to the competition (which is usually satisfied with rounding two of the expected edges). The rear photographic module will be rectangular and in some ways very similar to the current Galaxy S20.

Other specifications still seem shrouded in mystery: we know that Huawei P40 will focus everything once again on artificial intelligence by acquiring at least 8 GB of RAM and an internal memory of 128 GB expandable via Micro SD memory cards.

On autonomy there is talk of an impressive energy storage that should unify the three devices around an average of 5000 mAh, providing users with monster autonomy. Facial recognition and fingerprint reader under the screen, next to ultra-fast connectivity given by USB Type-C and a respectable photographic sector.

Doubts about the operating system, which could count on Android 10 but without the pre-installed Google apps or HarmonyOS. Network compatibility with 5G is almost certain.

You know, the top of the Huawei range have always specialized on the photography side (capable of providing shots worthy of a professional camera).

Three cameras for the entry level model, four for the P40 Pro and five for the alleged premium device P40 Pro PE. From the first rumors we know that the main sensor could be a Sony IMX708 equipped with RYYB technology (responsible for ensuring excellent shots even with poor light conditions).

The main camera could be 52 megapixels, next to a 40 megapixel wide angle and an 8 megapixel telephoto lens (for a total of 100 mpx).

To later models would add a sensor for optical zoom up to 5x, ToF sensor for portrait bokeh effect. Another sensor present in the top of the range model could be a macro, for photos of close-up subjects with impressive detail.

The presence of a 32 + 32 megapixel front camera was also evoked.

The Huawei P40 presentation event should be scheduled for the end of February: the Chinese giant has in fact set the keynote date on February 24 (on the same date it should have been present at the Mobile World Congress, subsequently canceled at cause of Coronavirus).

The prices are not yet known and the possible availability is expected in March 2020. Referring to last year’s price lists, the P40 could have a starting price of 799 euros with the P30 Pro which could reach 999 USD. The highly rumored Huawei P40 Pe (Premium Edition) model could instead bring the Chinese giant over 1200 USD (making the new model the most expensive ever for Huawei).