Call of Duty: WarZone, this is the title of the awaited Battle Royale of CoD: Modern Warfare coming out for PS4, Xbox and PC in late February. That’s when it arrives, how it works and how much it costs. 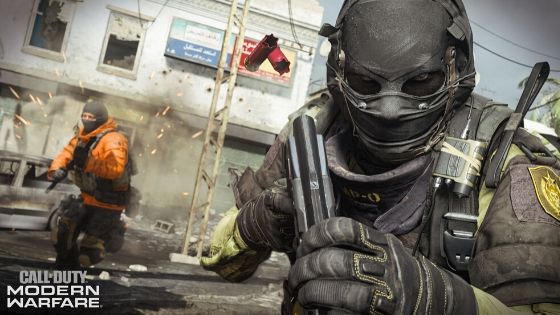 The second season of Call of Duty: Modern Warfare lacks Battle Royale , a mode long awaited by passionate players and whose release however seems to be postponed for only a few days. After rumors and denials, the Royal B of Call of Duty seems to be about to arrive, with a debut scheduled for the end of February.

The clues about the arrival of Battle Royale in Call of Duty: Modern Warfare season 2 are different and the confirmation is now obvious: the official logo, WarZone, the dedicated maps and the features of this long-awaited mode are no longer a secret too there is still no real official from Activision and Infinity Ward.

Here is all you need to know and the main news on the CoD Royal Battle: Modern Warfare.

Battle Royale Call of Duty: Modern Warfare, when does it arrive?

According to several rumors now more and more confirmed, Season 2 of Call of Duty: Modern Warfare could soon be enriched by the Battle Royale and in particular the expected debut is for Tuesday 18 February 2020.

The official announcement is still missing from the appeal, but according to several rumors the Battle Royale, will take the name of Call of Duty: WarZone, an unpublished title that will insert this expected game mode as an exclusive content to download regardless of Season 2.

The other heart that worries fans is: will Battle Royale be paid? A point that, always keeping to the rumors, seems already clarified.

Call of Duty: WarZone will be released as an independent mode from purchasing the second season pass and will be free of charge-

Free to play is the way followed by the game’s developers, in order to directly compete with other great competitors in the sector highly appreciated by gamers such as Apex Legends and PUBG (PlayerUnknown’s Battlegrounds).

Call of Duty: map and contents of the Battle Royale WarZone

The characteristics of the Royal Battle of CoD: Modern Warfare are quite outlined and the first dedicated game map is added to the total battle, which will host the battles foreseen by the mode.

The clue was discovered by a Youtuber but is actually visible to any caster player who in the Atlas Superstore map: flying for the level, in a private game, and going further and further than the starting point, you can get a new view which allows you to take a first look at the new map.

If you go to Atlas Superstore in a private match and become the COD caster you can explore the entire map. It is all low quality because you don’t see it in regular gameplay. I flew all the way up in the sky to get the overview 🙂 pic.twitter.com/QpiVaBd7Un

The images, published in low quality in the tweet you see above, where we glimpse a stadium, a military airport and a castle located on a hill.

Other revelations about the game modes include a mini tutorial as soon as you try the Battle Royale for the first time and the possibility to choose your own equipment before getting on the game map.

As for the game mechanics, it seems that players can decide on some pieces of equipment just before parachuting on the map and that at the first start there is a real tutorial. WarZone mode should count up to 200 players connected simultaneously and in real time.

While the second season of Modern Warfare has already started, we will have to wait a few more days for this new and long-awaited game option. We will keep you posted.