Folding smartphones: which is better, Motorola RAZR 2020 or Samsung Galaxy Z Flip? Here are the two devices compared, from price to features such as screen and camera. Which one to choose? 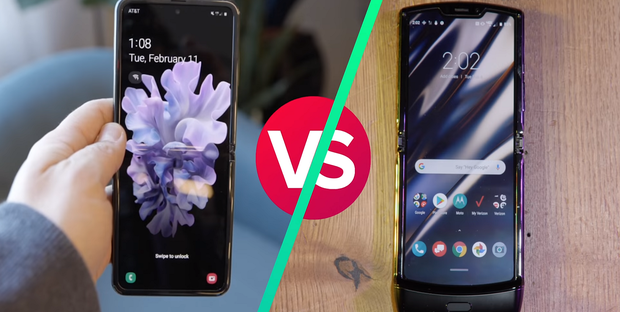 The challenge of folding smartphones has started and Motorola RAZR 2020 and Samsung Galaxy Z Flip are two very similar devices, with a clamshell opening and a closable screen. So similar that many may wonder: is the new Motorola RAZR or the Galaxy Z Flip better?

There are many differences and common points between the characteristics of the two folding smartphones that have recently arrived on the market: from the screen to the design, passing through the cameras and the technical specifications. The price, which travels around 1,500 USD, is a factor that unites but increases the indecision between those who are thinking of buying the Motorola RAZR or the Samsung Galaxy Z Flip.

Here is a quick comparison between the two devices and which one should buy between one and the other.

The clamshell design is the first feature that unites the two smartphones and makes them quite similar. Open and close, with a sophisticated hinge mechanism that hides a 6.7-inch SuperAMOLED screen in the Galaxy Z Flip and a 6.2-inch screen in the Motorola RAZR but P-OLED.

To change mainly is the external display: minimal in the case of Samsung, which leaves just the space to glimpse the notifications within 1.1 inches and larger in the Motorola RAZR than with 2.7 inches G-OLED (which also allows to take a quick look at what you shoot with the external camera, to make quality seflie). 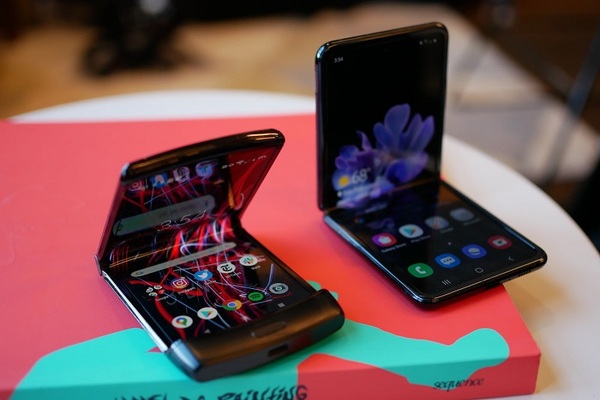 The Motorola RAZR 2020 looks to the past with an attractive design that incorporates a famous model of the past, while the Galaxy Z Flip uses a mirror body and bright colors (above all the Mirror Purple) reversing the course compared to last year with the Galaxy Fold.

The Motorola RAZR 2020 has a design that focuses on the photographic sector thanks to the dual sensor: one internal 16 megapixel with 3D ToF sensor and one external 5 megapixel. 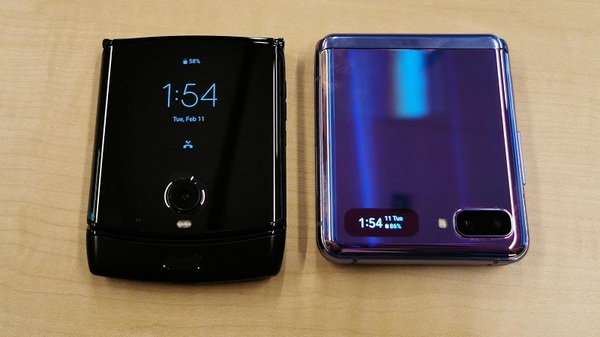 Even Samsung Galaxy X Flip does not give up the double camera, 12 + 12 megapixels, but enhances the front one by reaching 10 megapixels (which in the selfie shot make themselves heard).

Similar yes, but with two different beating hearts. The Motorola RAZR 2020 is equipped with 6 GB of RAM and 128 GB of internal memory, with Snapdragon 710 as a chipset.

The memory is greater on Samsung Galaxy Z Flip which raises the RAM to 8 GB and the internal memory to 256 GB. Both do not have the possibility of inserting an internal micro SD memory to expand the starting storage.

Also on the battery side it is Samsung that seems to triumph, presenting a more mature product with 3,300 mAh on Samsung Galaxy Z Flip and 2,510 mAh on the RAZR 2020.

The price of the Motorola RAZR and the Samsung Galaxy Z Flip is similar, but sees a difference of around 100 USD.

The first has a list price of 1,500 USD, while Samsung remains on a more contained 1,380 USD. Samsung certainly offers a more mature product, with a decidedly similar price range, while Motorola takes advantage of the memory of a cell phone that has entered history by combining it with innovative features seasoned with an attractive design. Testing them with your hand and choosing between head and heart is the only useful advice to face such an investment: the world of folding smartphones still moves on unexplored terrain from the mobile market and, between one model and another, the differences can prove truly substantial even after a few months.