The release of Call of Duty: Modern Warfare Season 2 is official. Many contents and news of the new Battle Pass, here’s what changes and how to update. 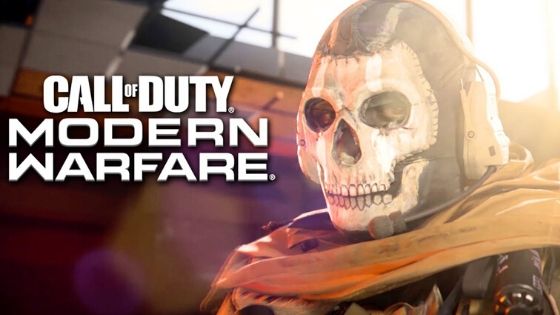 The Season 2 of Call of Duty: Modern Warfare has arrived: updating it arrives on February 11, and there are many new and unpublished content ready to invade the Activision game. Still a few hours of waiting for the Battle Pass of the second season: the update will be available for download for PS4, Xbox One and PC.

Lots of content leaked from the official trailer, which was leaked early, and the season 2 of Call of Duty: Modern Warfare will bring new weapons and modes as well as a decidedly more full-bodied update, on the line of what Fortnite has applied, making the game more appealing to users of the stealth and shooter genre.

Call of Duty season 1 is coming to an end, two months after the debut of the first round of updates. While there is not yet a trailer or an official announcement, there are many clues (also based on what has been applied in the past) that lead us to think that the debut of Season 2 of Modern Warfare may take place in the first week of February. Here’s all you need to know.

Call of Duty: Modern Warfare Season 2: release date and how to update

The second season update of Call of Duty: Modern Warfare is ready to be released: it will be possible to download the update and update the game on February 11, 2020.

Although this date has not arrived for direct confirmation of the game development team, the release date leaked from the presentation video finished on the net as a leak confirmed the start date of the second season of COD: Modern Warfare, confirming the previous rumors that identified the beginning between late February/early March.

Among the news that have generated the most rumors in recent weeks we have the identification of Simon Riley “Ghost” as the potential protagonist of the Season Pass of the second season.

Rumors about it began circulating after some players tracked down a mysterious Easter egg within the game that showed the brief appearance of a black screen with the skull center on the Piccadilly map.

Ghost is one of the most popular characters in the long saga of Call of Duty and the new Modern Warfare will mark the return in style for a beloved character. Ghost’s skin could be included in the Season 2 season pass purchase, surprising fans a lot.

Thanks to the official video leaked on the net we have confirmation of the arrival of the following news which include:

Call of Duty Modern Warfare Season 2, where is Battle Royale?

Another key point on which the rumors and leaks of the dataminers are concentrated is the introduction of the Battle Royale mode, with its map, within the game.

The real battle of Call of Duty: Modern Warfare could bring to the players of the season 2 different challenges open on a larger scale, from 200 map players in turn divided into different areas.

Although fans’ hopes are concentrated in this direction, some clues deny this possibility: the comment of an Activision insider, addressed to TheGamingRevolution, is decidedly negative about the possibility of seeing Battle Royale in the second season, however advancing the hypothesis of a 100 vs 100 variant, thus guaranteeing high impact multiplayer challenges. The absence from the leaked trailer of news about this feature, which would deserve a great announcement, leave very little hope of seeing it in this new update.

Appointment postponed to season 3? Very probable: the maps that will host these challenges should be created based on those already existing in classic multiplayer mode, merging creating unusual but at the same time familiar landscapes.

Among the weapons to unlock instead should be a submachine gun, a simple submachine gun and a ballistic knife. More details should be provided in the coming days through a release and an official trailer made by Activision.