From 2020 many new emojis arrive: 117 smileys are about to land on iOS and Android, from the human heart to the polar bear, up to the gesture of pinched fingers. When do they come out and how to get them? 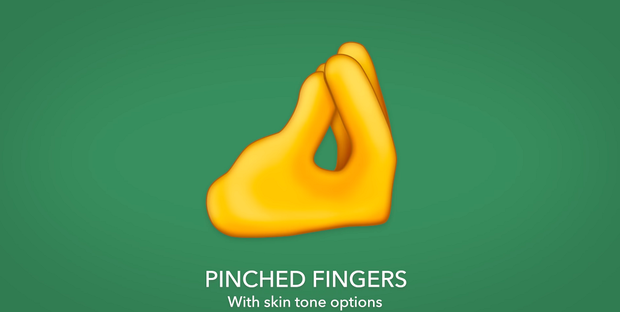 New emojis arriving from 2020: many smilies, 117 of them, are added to the samples already present on iOS and Android and will allow new forms of synthesis never seen before: from the polar bear to the human heart, up to the typical Italic gesture that has become the subject of memes like How Do Things. But when will they come and what are the new emojis chosen? How to get them?

For the second question, we will have to wait: the new smileys will arrive in 2020 and the 117 unpublished emojis will be released on board iOS 14 and the successor of Android 10.

Not all smileys are new: some represent variants of emojis already present and known, in total they are 55, while 62 instead are totally new and never seen before.

To create the smilies that we use every day, after a careful selection, is the Unicode Consortium, which chooses the emojis to be inserted and made public for all users according to certain criteria, including inclusiveness and gender differences.

Smilies must adapt to all situations and contexts, allowing to communicate in the most imaginative, and appropriate, way possible. A long and continuous selection on an annual basis and 2020 will be no exception, among the new emoticons arriving we have in fact:

Finally, various elements are added such as the rock, the wood, the hut, the pickup truck, the skate, the coin, the boomerang, the screwdriver, the saw, the ladder, the lift, the tombstone, and the symbol and flag belonging to the transgender community.

To have them you will have to wait for the next months of 2020, usually through a system update that will give precedence first to iOS and then to Android (which will present a stylistic variant belonging however to the same codes).