Twitter ++ installation guide on iPhone, iPod and iPad. Install the modified and enhanced version of Twitter without Jailbreak in a few steps with our help 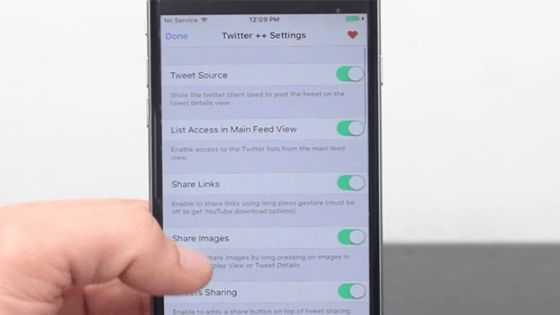 In today’s guide we are going to see how to download and install the Twitter++ program on iPhone, iPod and iPad without Jailbreak.

Thanks to our instructions you will be able to maximize Twitter on your Apple device even if you are not an expert user, even if you have not done the Jailbreak and without voiding the warranty of your device.

In short, you will need a few simple steps to push Twitter on iPhone, iPod and iPad to the maximum and add an avalanche of features not present in the original app that you download from the App Store.

Still don’t know Twitter++? No problem, I’ll explain what it offers and what changes compared to the original version of Twitter.

Compared to the original version, with Twitter++ you can:

and so much more.

Now do you understand how powerful Twitter ++ is? Have you seen how many features it offers? So what are you waiting for to download and install Twitter ++ now?

Obviously it is not found on the App Store, but below I explain the easiest and fastest way to have it immediately on your iPhone, iPod and iPad.

No, it is not necessary. You can install the app even if you’ve never done it and don’t want to jailbreak.

Here are the simple steps to follow to install the app:

The only drawback: every now and then, in the upper part of Twitter ++, some advertising appears that you can close in any case with a click. Nothing too annoying, right?

Before closing the article, here are the answers to some doubts that may arise on Twitter ++.

No, it is a totally safe program, which you can uninstall in one click as you would any other program installed from the App Store (hold down on its icon and then click on the “X” that appears to remove it.

Yes, it is a totally safe program. I have been using it for months and have never had any problems. Your Twitter login information is NOT shared with anyone or saved anywhere. They are sent directly to Twitter to log in.

For any doubt or question, do not hesitate to leave a comment at the end of the article, we will reply as soon as possible.