Crash Bandicoot Mobile: a new smartphone game may soon be available on iOS and Android. Here’s what we know about release, content and downloads. 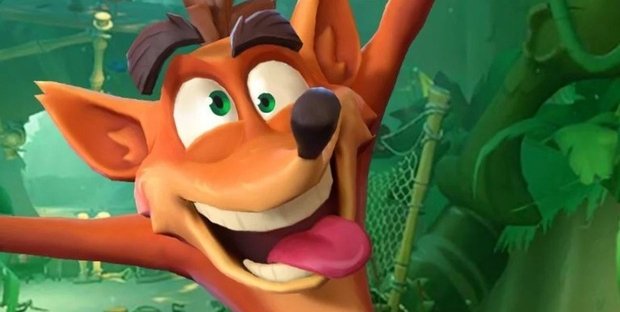 Crash Bandicoot Mobile is about to become reality: Activision could bring to iOS and Android smartphones a new game dedicated to the most famous marsupial in the history of video games, PlayStation mascot in the nineties and today the protagonist of two successful remakes for Xbox One, PS4, Nintendo Switch and PC.

But Crash Bandicoot could soon be available for download also on mobile, thanks to the arrival of a finalized and personalized game for the portable screens with which we normally make calls and navigate. Android and iOS, through Google Play Store and App Store, become the new home of Crash Bandicoot: but what do we know about this new game?

Activision had already foreseen the arrival of a new game and many were waiting for more details about the talked about Crash Bandicoot World which, for the moment, seems to be postponed to a date to be destined.

Crash Bandicoot Mobile for iOS and Android: release and features

The news of the mobile game of Crash Bandicoot lacks officialdom but several details have already been leaked on the net, including some screenshots taken from the game.

The latter come from several sponsored content that appeared on the Facebook page of the character, with an invitation to users to register and receive more information about the game.

What will Crash Bandicoot Mobile be like? The game could be similar to the various Temple Run titles, called Endless Runner, which as happened for Super Mario Run will see the protagonist in an endless obstacle race.

Nothing revolutionary and no return to the platform genre, which made the character’s fortune, but a game mechanic focused on jumps and somersaults that require ready reflexes.

We don’t know much about the official release date, which could be scheduled for the first quarter of 2020, but it is almost obvious to assume the presence of free-to-play paid content (which, as tradition dictates, could unlock power ups and additional powers to facilitate games).

CRASH BANDICOOT MOBILE GAME REVEALED
investigation by myself and @Motwera

This game can be signed up for NOW it seems.

The way the link was found was by searching the name on FB after previously being a fan of the FB page tied to the Brazilian ads.https://t.co/98Qq3jkJCZ pic.twitter.com/AE6bPek4rq