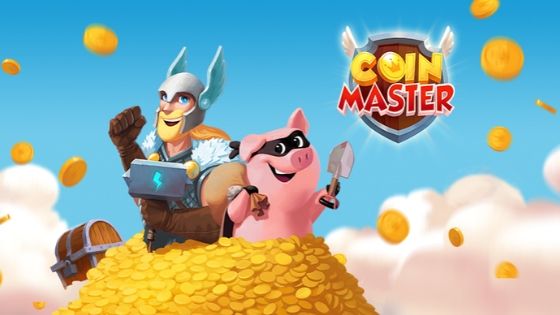 However, you must know, unfortunately, that the tricks do not work on all games: especially on those online and controlled on the server side by the developers, the tricks of unlimited infinite money do not work.

Are there any tricks for Coin Master?

Coin Master is one of the most popular games currently on Android and iPhone, one of the most downloaded and one in which in-app purchases (paid within the game) are the masters.

If you also have this goal, below we will clarify and see if there are tricks to easily win, have unlimited money and have free in-app purchases in Coin Master on Android and iOS.

At present there is no trick for Coin Master.

I know that you would also like some tricks to win easily in Coin Master , especially those to have unlimited money, to have free in-app purchases and to unlock all the paid functions without paying even a single penny, but at the moment current all this does not exist.

And I don’t even know if something similar will come in the future: it is in fact an online game, in which in-app purchases are controlled on the server-side and this means that it is almost impossible for any hacker to find a way around systems security programs activated by developers.

Watch out for fake tricks for Coin Master

Stay away from all the tricks for Coin Master that you find on the internet because at the moment there are NO.

Join your friends on Facebook and millions of players around the world and attack, spin the slot and plunder to build your successful Viking village!

Do you have what it takes to be the next Coin Master? You can travel through time and to magical lands, and compete to be the greatest Pirate, Hippy, King, Warrior or VIKING of all!

Spin the slot to gain loot
Spin the wheel to attract good luck in the form of attack time, loot, protections or looting. When the gold coins or bags come out, you win the loot to be able to build powerful villages during the game and level up. Win shields to defend your village from attacks by other Vikings. Become the Coin Master with the strongest village and the biggest loot!

Attack and pillage other Vikings!
Earning coins with the slot machine isn’t the only way to get the loot, you can even steal it! Attack or loot friends and enemies to set aside enough loot for building the village. No need to break the piggy bank! Defend yourself from the enemies and emerge victorious from the battles. Bum! Take revenge on those who attacked your village and appropriate what belongs to you by right! Bring your Coin Dozer to push more coins and get rich! You never know what treasures can hide in other people’s villages!

Collect all the cards!
There is not only the loot, there is also the treasure! Collect cards to complete sets and advance to the next village. For every village you conquer, your winnings will be richer!

Play with friends!
Exchange your cards in our online community to collect them all! Join the interactive and fast-growing Facebook community to meet new Viking friends, earn fantastic rewards and exchange treasures!

★ Fight with your friends by your side to become the next Coin Master.
★ Join the millions of players around the world!
★ Coin Master is free on all devices with in-app purchases.