Root on Android may not be a very simple process, but once the user can release the restrictions of his gadget he can do almost anything with it. And if Google’s robot is already a very versatile mobile system, wait to see some of the key tricks that an unrestricted device can do. Check out 10 reasons to root on Android.

First, however, read this: 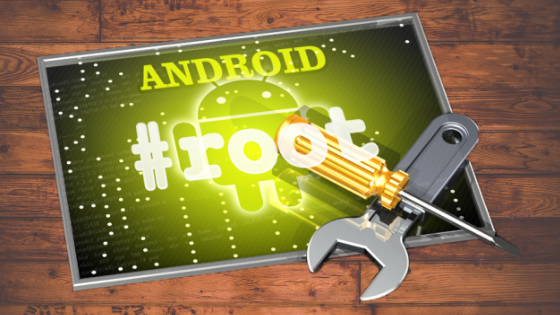 1. Android updates for longer and faster

One of the main advantages of doing root is to get access to Android updates for longer and faster. Because of vendor policies that Google has tried (unsuccessfully) to combat with Project Trebble, an update to a new version of the robotic game may take months to quit, if it is released.

Originally, Android recommended that manufacturers offer system upgrades for 18 months, but many of them do not even bother and only have security patches, or even that.

With root, the user can install a clean version of Android, which will receive more constant updates or a customized version of the system (ROM), maintained by the community and that in some cases can be kept updated for several years.

There are certain Android apps that consume lots of battery and features, but even if they are not in use they stay active, working in the background and draining energy that could be spared. But you can fix that.

Some tools, available only for appliances with root, are able to force applications that are not in use to hibernate, thus preventing them from continuing to work if they are not open. So your battery will last longer.

Is your smartphone too weak or old? Has it been cumbersome with recent updates or does not handle newer applications? Root can help you with this.

Certain apps allow you to overclock your device, forcing the processor’s frequency to work harder when running certain applications; you can also underclock and slow down, an ideal feature for running less demanding apps or for when the device is idle in order to conserve battery power.

It is worth remembering that the overclocking procedure forces the hardware to work at a very high frequency, which can overheat the gadget and cause some problems; so most applications of the type allow you to enable a mode that returns the processor to normal state if it heats up too much.

Certain applications offer very interesting functions for an Android gadget, among them to automate a number of functions. With Tasker, for example, it is possible, for example, to make the device recognize when you are at home or not, and to enable or disable Wi-Fi on these occasions alone.

You can create specific tasks such as decreasing the brightness of the screen and reducing the time it stays on when the battery reaches a certain limit, mute notifications when using a reading app, turn on GPS when opening Waze or Google Maps, and turn it off when you close them, display a list of apps when you detect a connected headset, and so on.

The possibilities are diverse, the only limit of the Tasker is the creativity of the user.

The free customization is one of the strengths of the root in Android. The user can basically change anything in their gadget, from swapping the system interface to a cleaner one or installing one belonging to another mobile device model, or introducing widgets on the main screen to make it easier to control certain functions.

It is possible to switch keyboards, icons, themes or even the kernel and the operating system, with community-created modules and images or versions of Android “stock”, the system originals as planned by Google, without any manufacturer or operator changes. Anyway, you can leave your gadget with your face.

6. Complete backup of your data

If you’ve ever had to do a factory reset on your Android, you know how annoying it is to have to recover data from a number of applications that were installed, that’s when it’s possible to do so. Fortunately, with root things get much simpler.

One of the most powerful tools, Titanium Backup (yes, has in the Play Store) allows the user to make a complete backup of the system, from application data to protected files. It basically creates a full recovery image of your smartphone or tablet, which can be stored on your SD card or Dropbox, something very useful when you switch devices and want to take everything from one to another.

Titanium is such a versatile tool that works even on smartphones without root, but in this case with limited functions.

Titanium Backup also has another super-power: it allows the user to remove unnecessary applications inserted by manufacturers and operators, so-called bloatwares. Most of the time they are redundant apps, with features just like the ones that are more popular and better, or that add nothing to the user experience.

Worst of all, these applications typically can not be removed through normal, or deactivated, and consume precious resources.

When you root on Android, you can use Titanium to unplug all of these unwanted applications, freeing up storage space and reducing power consumption, even allowing the phone’s battery to last longer.

8. New features on your Android

Contrary to what many people think, Android is not a free system: Google keeps it closed for a number of reasons, and so many useful features are not officially supported. There have been cases where features such as audio recording of calls (which has some legal implications) have been removed.

By doing root on Android, you become able to dribble restrictions. From installing apps blocked by carriers, including incompatible software or new native features that are incompatible with your Android version, forcing your hardware to perform software-locked functions to include restricted features for certain models.

The tethering is a very useful feature that transforms your mobile device into a Wi-Fi hotspot. With it, you can share your data connection with other smartphones, tablets, desktops and so on, which can be very useful in emergency situations such as a drop in the home internet or on a trip or to work with your notebook without having to enter in public and unknown Wi-Fi networks.

Operators, however, for selling data packets want their users to get one for each device, and even today they detest tethering: some block the feature completely, be it done or when usage is detected. With the operator cutting the connection until the user disconnects the hotspot; others, a little more tolerant, charge additional fees.

With root, the user can make use of tools that create encrypted Wi-Fi networks, which the operators can not detect and in that way, the user can share their connection for as long and with whomever they want.

10. Take control of your Android

Essentially, root on Android allows you to control any and all aspects of your Android device, actually taking control.

You can change its appearance to change how it works, forcing the processor to work more, optimizing power consumption, including new functions or automating a number of functions.

Of course, there are some risks involved:

There are even small chances of the root procedure (if done wrong) causing severe damage to your Android smartphone or tablet, and you can turn the gadget into a paperweight. Still, the advantages are numerous and can compensate.

In the end, the sky is the limit:

A good request, before you root on your device is to read about your device, ask for guidance in the forums and talk to those who are already accustomed to the process, in order to avoid problems. That way, you can unleash the full potential of Android.