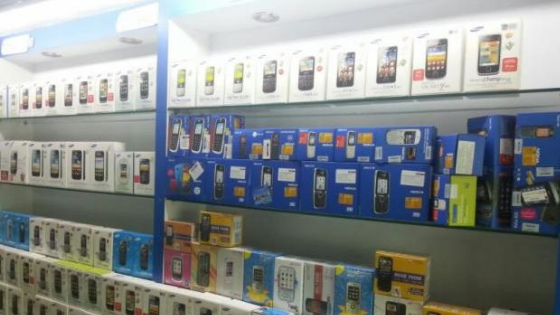 “My budget is still low, I should wait a little while who knows I’ll get a good deal this Festive season…” Often, we do talk like this before buying a smartphone or any gadget or stuff. Before purchasing any item, we keep our needs and priorities at one go, we first have to see our budget. In such a situation, if you get Diwali as well as choose the best phone according to the budget, then how good it is. Keeping in mind these same problems and needs, we have brought top 3 phones out of every budget segment. This will make it easier for you to choose the right phone for yourself. With this you need to choose the phone with your needs and calculations, we are giving this link in this story so that before you decide to buy the phone you get all the necessary information in one place. All the chosen phones are based on the editor Choice.

If you are looking for a phone in this range, obviously your needs will not be more than the phone. This is because basic phones are only available in this range. You can gift it to the elders who are using the phone for the first time. Understanding these phones and working on them usually becomes a little easier for the elders. At the same time, due to not having too much functions in such phones, their batteries also do great work. According to this, these phones go on without charge even for several days. However, smartphone manufacturing companies are also in a desperate attempt to offer the best features in this range. Know the top 3 phones’ details of this range:

The typical feature of Jiophone 2 is that it has been made to improve the look of a common feature phone. Qwerty keypad has been given to make typing easier. At the same time, users can also use social media and popular messaging app WhatsApp. The phone works on the KAI operating system. Also the 2000 mAh battery is provided. This phone has a 2.4 inch QVGA display. This phone has 512 MB of RAM and 4 GB internal memory. Internal storage can be extended up to 128 GB via microSD card. Also the phone supports 4G VoLTE.

This phone’s 4G model company is about to launch soon. At present, the Nokia 3310 Dual SIM supports 3G. If you are a fan of Nokia, you will know how durable the phones of this company are. So selecting Nokia’s phone in this price range can be a better option. If you go to its details, then it has been given 1200 mAh battery. Its battery is capable of delivering talk time of 6.5 hours on 3G networks. At the same time, the company has claimed that it can deliver standby time up to 27 days, up to 40 hours of music playback time and up to 35 hours of FM radio playback time. It has a regular micro-USB port and a snake game. It has a 2 megapixel rear camera which is equipped with LED flash. 2.4-inch QVGA display has been given. It also has 64MB of storage with 16MB of RAM, which can be expanded up to 32 GB via microSD card. This dual sim supports. Phone works on feature OS with dual sim support.

Launched in September 2017, this Micromax phone has a 4.50-inch touchscreen display. With the Quad Core MediaTek processor, the phone has 8GB internal storage with 1GB of RAM. Storage can be extended to 32GB with the help of a MicroSD card. Talk about the camera, the 5MP primary camera and 5MP shooter for selfie have been given in the phone. For power backup, the phone has a 2000 mAh battery. The phone supports 3G/4G.

Phones in the range of 5000 to 10000: In this range, you can choose your first smartphone to gift for your parents. Looking at the recent Indian smartphone market environment, companies have been competing to offer smartphones in the budget range. Its benefits are being directly to the consumers. In this case, if you want to take a call for basic task, then this range will be favorable for you.

This phone is the company’s first Android Go handset which is based on Oreo Go. The Samsung Galaxy J2 Core is made for those users whose usage is average. This is also a good option for first time users using smartphones. J2 Core is a basic smartphone that offers features such as Web-Browsing, Calling, Facebook, Whatsapp. A 5-inch qHD TFT display is given in the phone. In the J2 Core, 1GB RAM is provided with the Quad-Core Exynos 7570 SoC processor. The smartphone comes with 8GB storage. It can be extended to 256GB via microSD card. The phone works on Android 8.1 Oreo. The phone supports 4G LTE and dual sim slots. The phone has an 8MP rear and 5MP front camera. Both camera work on f/2.2 aperture. The phone has 2600 mAh battery. It takes approximately one to one-and-a-half hours to fully charge the phone. The phone has a removable battery. The company claims that non-stop 11 hours of video streaming can be done on the phone YouTube Go.

This is the cheapest variant of the Realme series. Realme C1 has a 6.2-inch HD display. This is the cheapest smartphone ever to come with the Notch feature. Like other smartphones launched this year has the Bezel Lace Notch Display feature. The realme C1 has the processor of the Octa-Core Qualcomm Snapdragon 450 for power. 4230 mAh power battery is provided in the phone. The phone has been launched with dual rear camera setup, where it offers 13 megapixels and 2 megapixel dual rear camera for photography. At the same time, it has a 5 megapixel camera on the front. In the front camera, you get features such as Artificial Intelligence. Realme C1 has 2GB of RAM and 16GB internal storage. The phone’s storage can be increased to 256GB via micro SD card. This is a dual sim phone that supports 4G.

Talk about the Honor 9N display features, it has 14.84 centimeters Full HD Plus Bezel Lace Display. Talk about the screen resolution of the display, then 19: 9 has been placed which supports 12 layered colors. The Notch feature is also included in the phone, which users can also hide by using their usage. Honor 9N has 13 megapixels and a 2 megapixel dual rear camera which supports 3D face recognition. The phone has 64GB internal storage with 4GB of RAM, which can be increased to 256GB with the help of MicroSD card. The phone has a 16 megapixel camera for selfie. To give power to Honor 9N, a non-removal battery of 3,000 mAh has been given. The phone has high silicon kerine 659 Octacore processor. The phone runs on Android Oreo 8.0 operating system. This is a dual sim phone that supports 4G.

If your budget is more than that, then stay on this space for our next series.