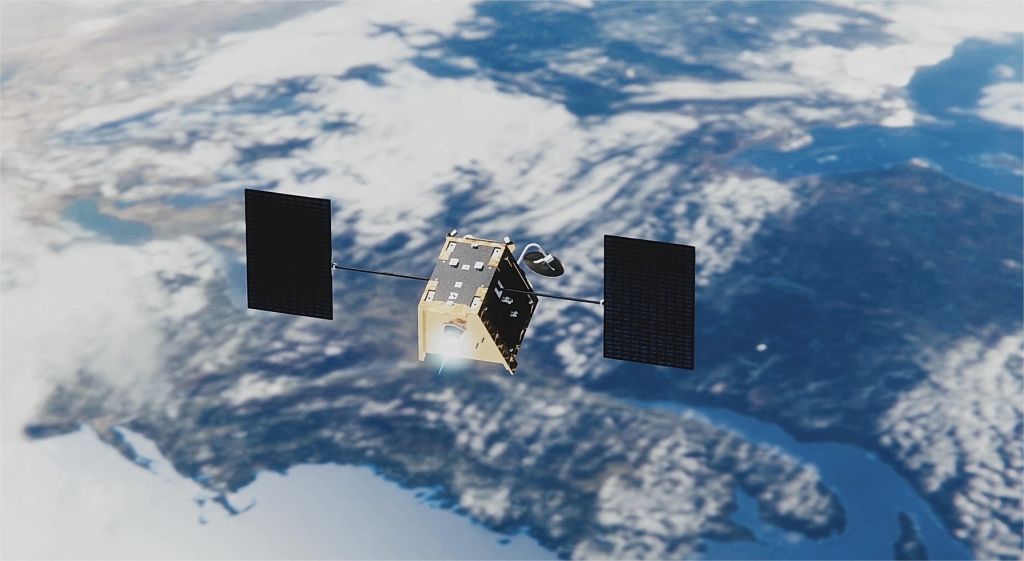 As if the controversy involving SpaceX’s Starlink satellites – which, even though still far from completing the constellation of up to 42,000 units, are already negatively affecting some astronomical observations due to their reflexivity -, OneWeb’s turn to continue its similar project, which aims to position a large number of satellites in Earth orbit to provide high-speed internet to the entire world.

On Thursday (6), the company launched the second batch of its project, sending 34 more satellites to the planet’s orbit. The first batch was launched in February last year with only six units. The first phase of the project includes a constellation of about 650 satellites, with the final project considering a total of up to 2,000. The company expects to start offering the service on a trial basis later this year, planning to be fully operational by 2021.

However, such a large number of objects around our planet, sent in such short intervals of time, has the potential to ruin space studies made from terrestrial telescopes – and not abandoning such equipment and using only space telescopes is not the solution.

Several astronomers have been warning and even showing evidence that SpaceX satellites have already started to hinder their work even with a total of 240 units in orbit – and, therefore, the Elon Musk is testing a dark coating that, if it works, can reduce the reflectivity of the satellites, minimizing the problem caused to the astronomical community. However, this solution has not yet proved effective, and the new launch of OneWeb only adds even more fuel to this fire.

If OneWeb and Starlink succeed, we will have almost five times more satellites in orbit in the next decade than all the satellites ever launched since the first in history – the Soviet Sputnik 1, in 1957. And, in addition to reflecting sunlight, hindering observations of the night sky with such brightness, these constellations also affect radio astronomy, as they interrupt radio frequencies used to study deep space.

How OneWeb can harm radio astronomy

Large radio telescopes have been built in recent years, capable of studying space objects that emit little visible light but emit radio waves – captured by these antennas. We are talking about distant planets and galaxies, as well as clouds of gas and dust where stars form. In fact, the first real image of a black hole, released last year, was made possible thanks to the work of a set of radio telescopes around the world, which acted together as if they were a gigantic virtual telescope, the size of the Earth.

In other words: if satellite constellations really hinder radio astronomy, great advances in terms of our understanding of the universe are at risk. Certain radio frequencies, used for these space searches, are protected by federal regulations in the United States, but the problem is that both the SpaceX –––––– – –––––––– as for OneWeb they plan to transmit signals very close to one of those bands used by science – and astronomers consider this potentially dangerous.

Jordan Gerth, a meteorologist at the University of Wisconsin, makes the following analogy: “It’s a lot like when you have two apartments next to each other. To some extent, the sound in one unit is confined, but if it gets too loud, it leaks”. For this reason, the US Federal Communications Commission (FCC) demanded that SpaceX and OneWeb work together with radio astronomers, listening to what the scientific community has to warn and thus preventing a setback.

Both had been talking to the National Radio Astronomy Observatory (NRAO), a government-funded research center, and also to the National Science Foundation (NSF), an independent government agency that promotes scientific research. However, NRAO representatives said they had not received any contact from OneWeb for more than two years. “It seemed to me that they were neglecting their responsibility,” said Harvey Liszt of NRAO last year when he called the FCC, which in turn made OneWeb resume talks with scientists. However, the company did not even sign an operational agreement in a formal way, which would guarantee that it would not use the bands dedicated to science.

And, for Tony Beasley, director of NRAO, the impact that OneWeb satellites can cause in radio astronomy may be greater than the damage that SpaceX satellites are already causing in night sky observations. Because the Starlink project will have many units to provide global coverage, the rays sent back to Earth by satellites are just under 48 km wide, but OneWeb plans a smaller constellation with a different design and, therefore, its beams are larger, more than 1,120 km wide. This means that the company is less able to temporarily shut down satellites that are passing over radio astronomy facilities, because its customers would lose their connection to the internet. In the case of SpaceX, it is even possible to give this “way” without harming the signal.

Astronomers recently expressed their concerns about SpaceX and OneWeb through a committee formed by the American Astronomical Society (AAS). Both companies have been receptive to criticism, even though a solution, in fact, has not yet been proposed. But Ruth Pritchard-Kelly, vice president of regulatory affairs at OneWeb, said the company is committed to this.

Source: With information from NY Times