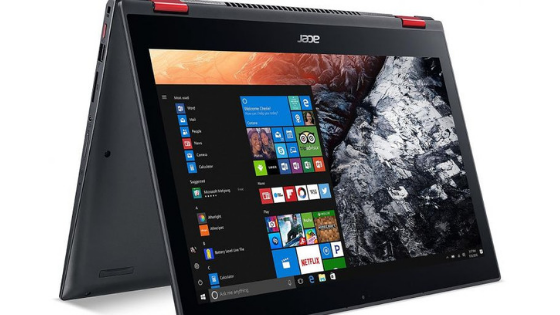 Imagine the following situation: you are working on your Windows notebook when suddenly the screen is upside down. You do not know what happened, if you triggered a command and you have no idea how to get the display back to normal.

First of all, take it easy at this time: you do not have to take your notebook to the technical support, or resort to complicated software manoeuvres. It’s simple.

How did the screen turn upside down and why?

Unless some funny guy had access to the notebook and changed the screen orientation in system settings, the most likely to have happened is the user having triggered a specific key combination, which Windows understands as a command to rotate the display and change its orientation.

This is because the notebook has additional video drivers installed, since Windows does not have such shortcuts natively. Manufacturers such as Intel, AMD and Nvidia, among others, provide software solutions to control their GPUs, integrated or not, and they enable the keyboard shortcuts that can do this.

Therefore, any version of Windows may be subject to this bug, as long as the video drivers are installed. Otherwise (without the video drivers), it is not possible to change the orientation of the screen by the keyboard by accident.

How to Reset the Notebook Screen

If your notebook has the image turned upside down, or even accidentally by the side, it is certain that you pressed a key combination to rotate the screen. So, your computer has the video drivers installed and to fix the problem, just use another shortcut:

This is the default command to reposition the screen in the default Landscape orientation, without having to access the system settings. The other commands are as follows:

The second method works for all Windows users, who access the settings:

Once this is done, your computer screen will return to its original position; and now that you know the shortcut that rotates the screen, you will be more careful not to accidentally trigger it a second time.